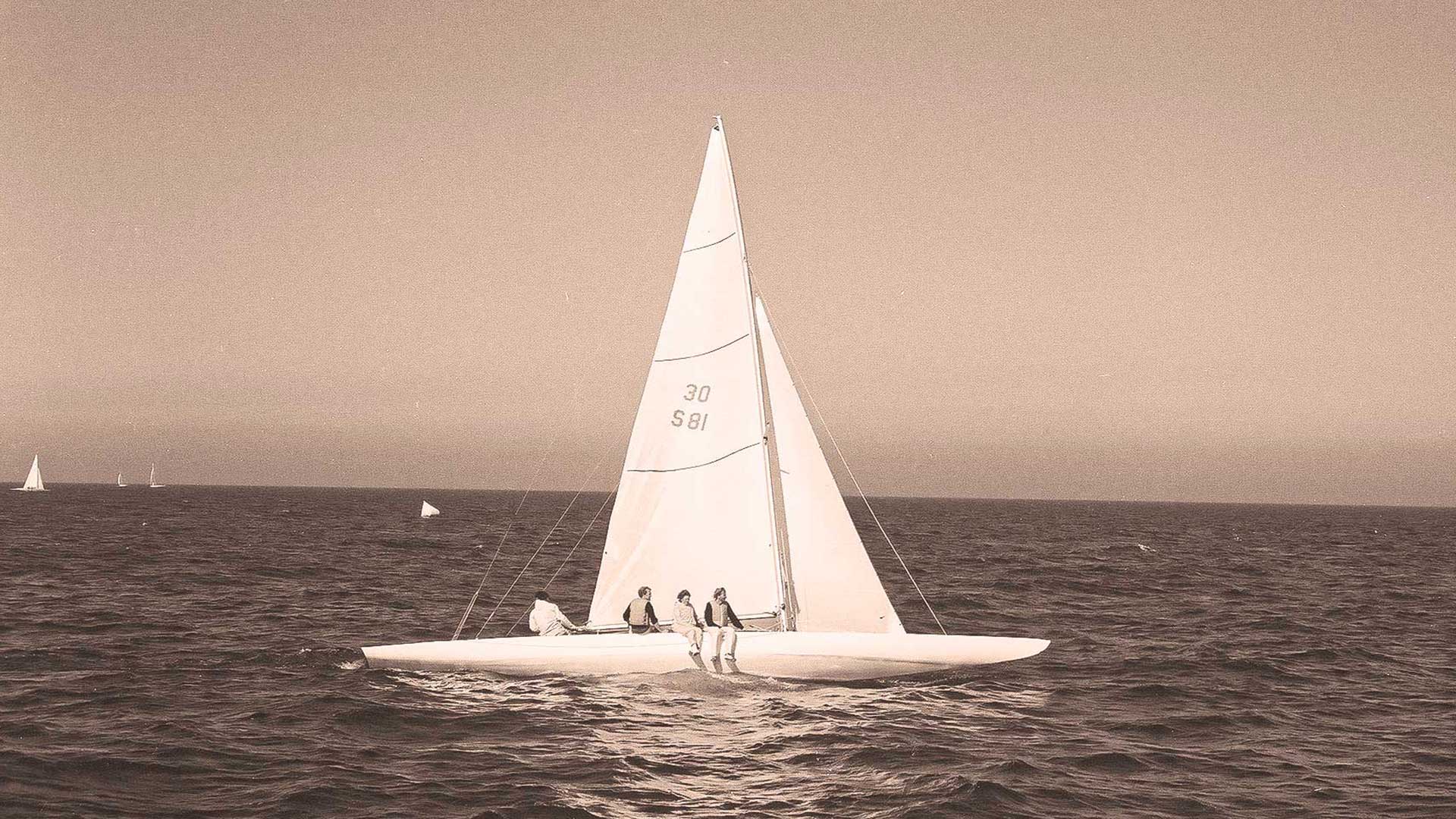 "The New Era of Sailing Starts with
A Pedigree"

One of the holy grails in a yacht designer’s life is to find the quality of line. Lines that speak to the heart as well as to the mind. This is what turns design into art and a yacht into a legend.

Sometimes these perfect lines have already been drawn. They are called "classic"

The classic Scandinavian Skerry cruiser designs had that quality of line, hence why they became so popular around the world as day-sailors.

Everything started in 1907, when the Swedish Sailing Federation established a committee to design a national racing yacht class. This created sleek designs called Skerry Cruisers. Renowned as beautiful and fast, they were easily handled and offered a superb performance and an exhilarating thrill of sailing

In 1973 Olof gathered a team of highly renowned Swedish sailors and discussed what qualities should be built into a modern classic family cruiser. These discussions resulted in what became the Swede 55/75/52.

They successfully raced in some of the world’s most difficult ocean races and won. They not only won, but set new records in both the Transpac race and the Bermuda race, both under very harsh conditions.

Swede 41’s lines were originally drawn by Knud H Reimers, Scandinavia’s most influential yacht designer. The 1970´s so-called S30 following the Skerry cruiser rule of measurement. Olof was the one who took the lines of the S30 and together with Reimers turned it into the elegant and exhilarating day-sailor Swede 41.

Another great name was involved in refining the underwater body and designing the keel- Sven-Olof Ridder. Ridder, perhaps the most understated yacht designer in the world is the innovator of the canting keel and the much copied B&R rig identified by its swept-back spreaders and lack of a backstay. Ridder was also the man behind the “Thursday Child” who became the mother of all IMOCA 60’s. And what very few know is that Ridder was the brain behind the space-frame system on Ron Hollands perhaps most famous designs: “IMP”. The “IMP” was also one of the first to use the B&R rig.

And Håkan Södergren, one of Scandinavia’s leading yacht designers for some of the most well-known boat builders in Scandinavia, Northern Europe and USA, designed the soon to be legendary Swede 68 that was turned into 3D art by his talented son Oscar Södergren.

The only custodian of Classic Scandinavian design heritage

Just under 60 Swede yachts have been sold until today. Between 2014-2019 the company was owned by Michael Wolff from Germany. During that time the Swede 68 was developed. In 2019 the Swede 41 got nominated yacht of the year in the class "Spirit of tradition".

In February 2020 the company was taken over by Olof's friend and seasoned business developer Jonas Freeman who made one of Sweden's most successful professional sailors, Thomas Blixt, the product manager.

In 2021 the production was moved to Estonia. The decision enables Classic Swedish Yachts to continue producing exquisit woodwork, an artisan trade still strong in Estonia. It also enables production of high-quality sophisticated yachts at  competitive prices.

We use cookies on our website to give you the most relevant experience by remembering your preferences and repeat visits. By clicking “Accept All”, you consent to the use of ALL the cookies. However, you may visit "Cookie Settings" to provide a controlled consent.
Cookie SettingsAccept All
Manage consent

This website uses cookies to improve your experience while you navigate through the website. Out of these, the cookies that are categorized as necessary are stored on your browser as they are essential for the working of basic functionalities of the website. We also use third-party cookies that help us analyze and understand how you use this website. These cookies will be stored in your browser only with your consent. You also have the option to opt-out of these cookies. But opting out of some of these cookies may affect your browsing experience.
Necessary Always Enabled
Necessary cookies are absolutely essential for the website to function properly. These cookies ensure basic functionalities and security features of the website, anonymously.
Functional
Functional cookies help to perform certain functionalities like sharing the content of the website on social media platforms, collect feedbacks, and other third-party features.
Performance
Performance cookies are used to understand and analyze the key performance indexes of the website which helps in delivering a better user experience for the visitors.
Analytics
Analytical cookies are used to understand how visitors interact with the website. These cookies help provide information on metrics the number of visitors, bounce rate, traffic source, etc.
Advertisement
Advertisement cookies are used to provide visitors with relevant ads and marketing campaigns. These cookies track visitors across websites and collect information to provide customized ads.
Others
Other uncategorized cookies are those that are being analyzed and have not been classified into a category as yet.
SAVE & ACCEPT